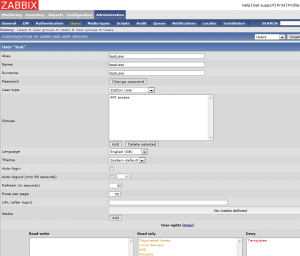 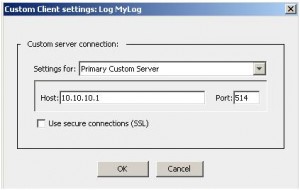 Because central logging is so awesome and widely used in the Linux/Unix world, I want to show you a way how you can also gather Windows Event Logs through the good old Syslog Server.

Here are the options for eventlog-to-syslog:

Today I post something about the nice little tool fail2ban. As you probably know, fail2ban can be used to block those annoying brute force attacks against your servers. Other than the also popular and useful tool DenyHosts it allows the protection of other services than SSH as well (e.g. HTML login pages served by Apache). The working mechanism also differs from that of DenyHosts, as fail2ban uses iptables instead of the BSD style hosts.deny file to block annoying brute forcers. Installation is quite simple, on Debian for example, just install it through apt and you’re good to go even with the default config.

One thing that I was missing, was the option to ban IPs forever. You can basically do this by setting bantime to a negative value, but as soon as you reload your iptables rules (e.g. by restarting the fail2ban service or the whole system) the entries for the permanently banned IPs are gone.
To overcome this issue, I did some minor changes to the actions fail2ban executes on start-up and on banning.

IMPORTANT: I strongly advise you, to be careful while playing around with automated banning tools, especially if you can’t reach your server physically. Make sure, that you have something useful set in the ignoreip option under the [DEFAULT] jail (your current IP address) to not accidentally lock you out of the system (really nasty with permanent banning active…)

Now, what happens is that each time fail2ban starts, it loops through your ip.blacklist and blocks the IPs in there. If fail2ban blocks a new IP, it will automatically append it to the blacklist.

Update
The following config adds some nice features that were missing in the example above: